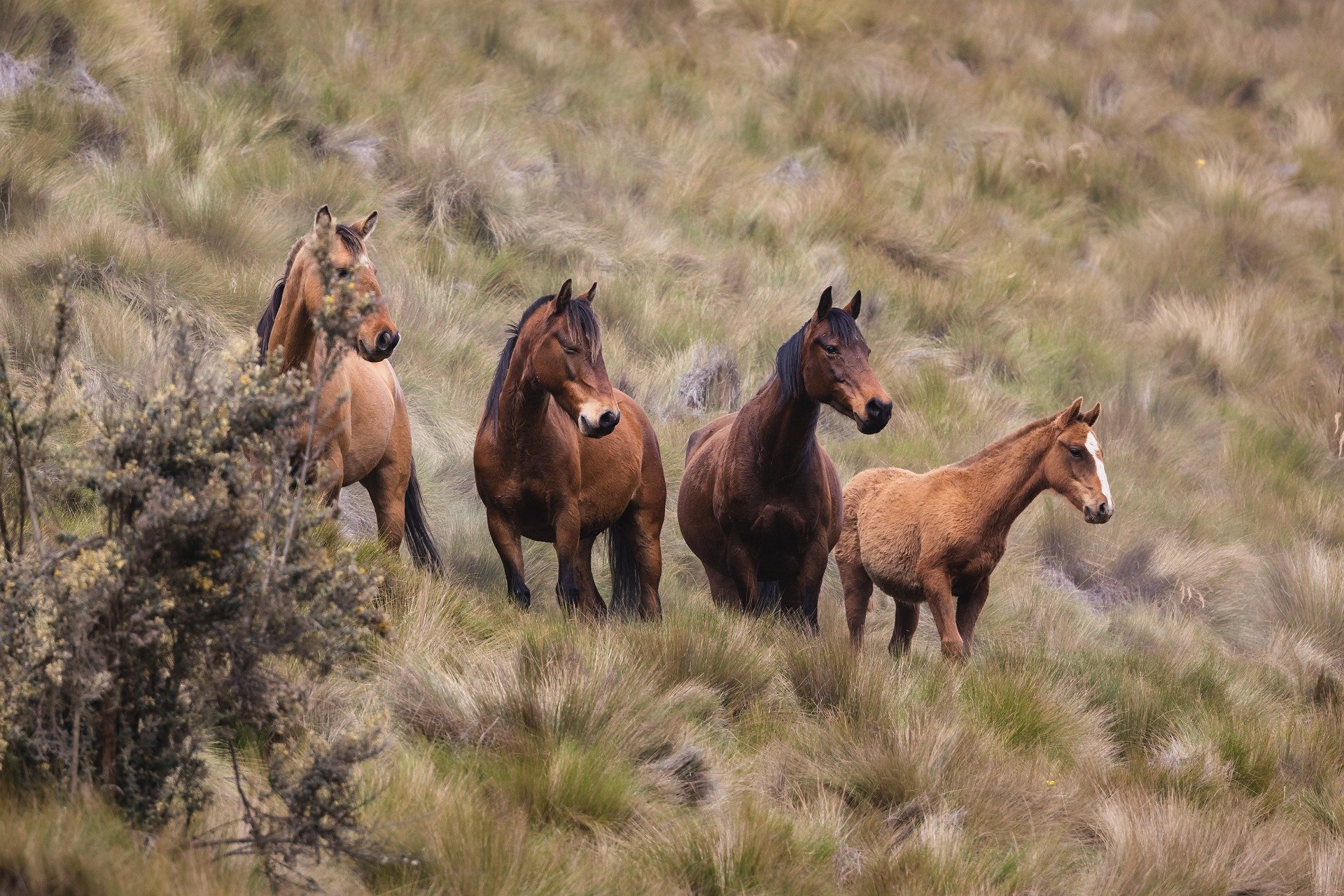 The Namib Desert horse is a feral horse (free roaming) found in the Namib Desert of Namibia. There is a theory postulating that the ancestors of this horse breed were from German riding and Calvary horses that were released, abandoned or lost around the time of WW1. They are horse breed which are very well adapted to the desert region, in dry times they cover vast distances at a slow and steady pace. Most of this horse color ranges from bay, but chestnut, grey and brown, many have a dorsal stripe running down their back and they are very athletic and muscular with clean limbs and strong bones.

In the wild they live in numbers of 6-11 per group and currently their numbers in the wild is within the range of 100 – 150. Their average speed is about 70.76 km/h, they feed mainly on grass and they also feed on their dry manure to derive nutrients. Horses were used as a means of transport in the old days also during wars. This horse breed has been known to go up to 30hrs without water and some up top 72hrs without water during dry season.

Horses generally can breed and get pregnant by the age of 2, mare horse (female horse) has a gestation period of about 340days. Some regions do breed horses for consumption and the meat has a slightly sweet taste reminiscent of beef, most consumers cannot tell the difference between beef and horse meat.

Click one of our sales representatives below to chat on WhatsApp or send us an email to sales@skaalfarms.com