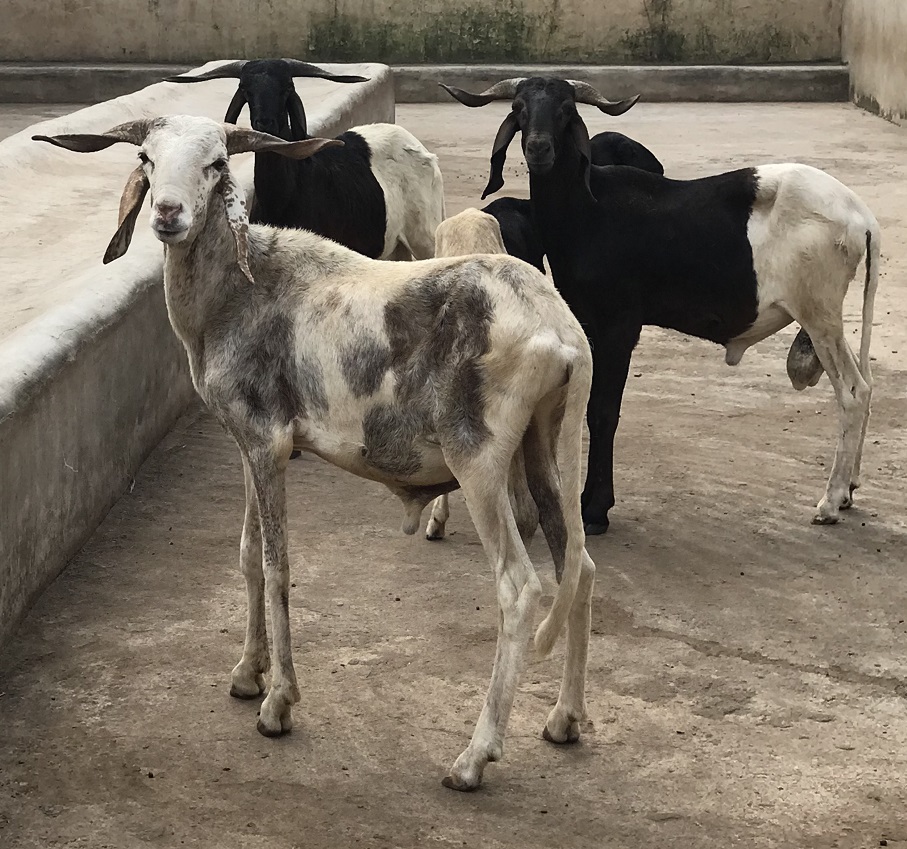 The actual breed name of the Nigerian sheep casually addressed as “ram” is UDA, it is a sheep breed common to regions like Chad, Northern Cameroon, Northern Nigeria and Niger. The term “ram” is used to differentiate the sex of the animal, while the male sheep is called “ram” the female sheep is called “ewe”. The most distinct feature is that the males have horns while the females are polled.
Uda sheep are haired unlike some breeds which have wools, also they come in different varieties with respects to hair coloration. Some have black color on the first half of their body(form head to the stomach region) and white on the other half(from stomach region to the tail) while some have brown coloration from the first half and white to the tail region, also a few have just one color from the ones spoken of, it should be noted that the coloration is not with respect to the sex of the sheep.
They are bred mostly for meat production, the name of meat gotten from sheep is known as Mutton.
The Uda sheep stands at a height of about 60 to 65 cm tall, they are healthy and strong sheep breed which makes them require minimum care and the lack of wool on their body helps with heat dissipation due to the temperature of the regions they are found(Sahel region)
Nutritionally mutton(sheep meat) contains vitamin B(B1, B2, B3, B9, B12). It contains low level of saturated fat and cholesterol, it reduces Iron-deficiency diseases

Click one of our sales representatives below to chat on WhatsApp or send us an email to sales@skaalfarms.com